When I first met my love he was a self- employed custom tile worker. He did the most amazing

work yet a few months into our relationship he suffered an injury that would end his days of tile work. I remember how frustrated he was at not working, yet I kept reminding him that everything happens for a reason, and within 3 months time he knew the reason. A job that he had done many years prior suddenly had an opening and my love finally had his reason for the injury: he became a ship agent. It’s a job he loved before and one that he loves even more now.

So what is a ship agent? Well, it’s many things, and my love let me spend an entire Saturday with him on a day he had to “sail a ship.” It was an incredible experience for me to see what he does and to be able to watch the ship, the crew, and all that they needed to do.

First off, let me tell you that being a ship agent is a tough job. My love is at the beck and call of the ship and there are times he’s out in the middle of the night until the wee hours of the morning doing his job. He works overtime, spends every other weekend on call, and will even do ships on his weekends off. He climbs gangplanks and pilot ladders, rides on a tug to get to a ship that isn’t docked, and at times has to walk over and around an obstacle course of machines and equipment just to get to the ship, and all the while with a heavy backpack strapped to him.

I thought I knew a lot about his job until after this past Saturday. The ship had been docked in Staten Island so we had a long drive home and I asked him: I know what you do, but what do you really do as a ship agent? Well, he told me and it was much more than I had known and it filled the time in the car until we got home!

A ship agent is the liason between the owners and operators of the vessels, and everyone else in between, which includes the government, customs, immigration and the Coast Guard. The job of the agent starts long before the ship comes into the port. The agent has to gather the information on the vessel, the crew and their cargo, sending all this information to customs, immigration and the Coast Guard. A PDA, or proforma disbursement account must be sent to the owners before hand; this includes the costs necessary to bring the ship in. After that the agent sets up the pilots, tugs, lineman and long shoreman that are needed to help bring the vessel into port. Many factors have to be considered with each ship; whether they are tide restricted, which berth can accomodate them, and when it’s safe to travel, to name a few.

And the ship agent doesn’t stop there; he is there to help the captain and crew with anything they need while in port; this could be a trip to the store, a doctor or dentist appointment, phone cards or accomodations necessary if the ship is berthed overnight. The ship agent does what it takes to make the captain and crew comfortable while in the port and to help them with the lay of the land, especially when it’s a foreign ship.

Once the ship is ready to sail, the ship agent has to record a “statement of facts” which includes everything they did with the ship while they were in port. It is then sent to the owners and operators. All of these tasks are done at minimal cost and maximum efficiency.

The interesting part is that these ships come from all over the world, and the ship agent has the privilege of meeting the captain and crew, and sometimes is invited in for coffee and something to eat…all indicitive of the country they are from. It can be exciting at times for my love to meet people from all over the world, sharing stories of his life and listening to stories of theirs; many are out at sea for months, leaving their wives and children behind.  No matter the culture or the miles, the stories of “love and family” seem to be universal.

Each ship carries something different, from salt, to orange juice; chemicals to containers.  Ship agents rarely have a mundane day “at the port or the office!”

I’m grateful I had the privilege of spending the day in Staten Island watching my love handle a “salt ship.” It was exciting for me to watch the process and wave to the crew members on board…I know they all saw me watching and taking pictures.

I’m a believe that “everyone has a story” if you just take the time to ask and to listen.

And this is the story of my love and “the day in the life of a ship agent.”

“The ship agent and the writer” 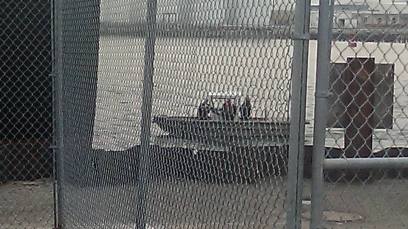 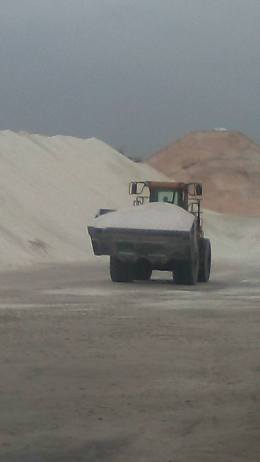 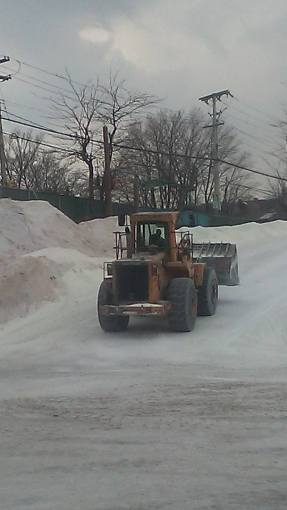 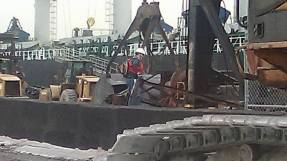 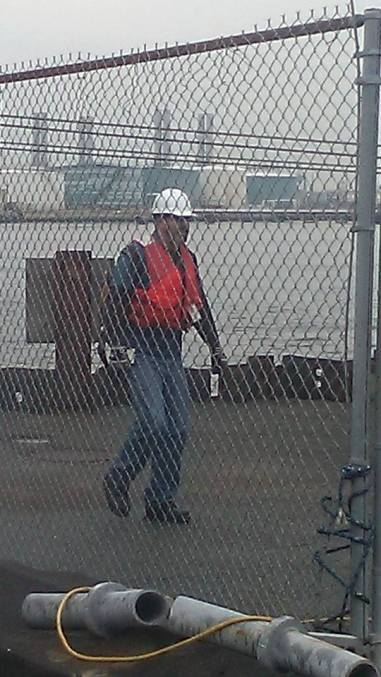