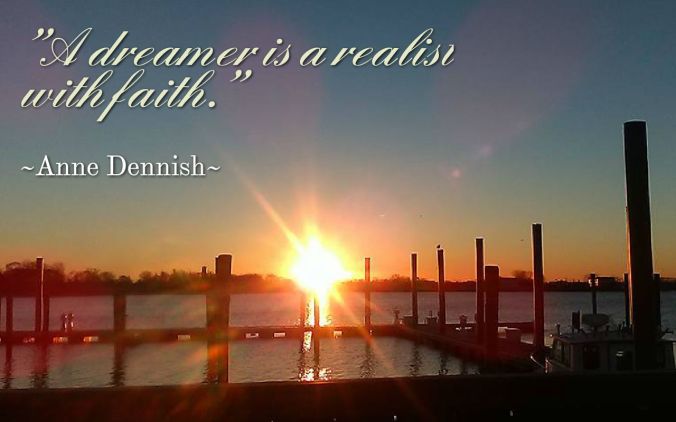 I wrote that quote two years ago amidst some naysayers telling me that I was a dreamer and should be more focused on the “real world.” They felt that all my dreams were “nice” but that they were to far fetched; too high to reach for; too ridiculous. They thought I should be focused on “reality.”

I used to believe that it was a bad thing to be a dreamer; that it meant you were living in a fantasy world, not reality. I thought about what they said, took into account WHO was saying those things to me, and realized something about myself: “I am a  dreamer and I do live in reality;  but I still believe in going after my dreams because the difference is I have faith, and they don’t.”

And my choice is to be a dreamer.

“Dream big and make it happen!”

*Here’s a song I wrote about myself called “The Dreamer.” Who says dreams can’t come true? Not me!